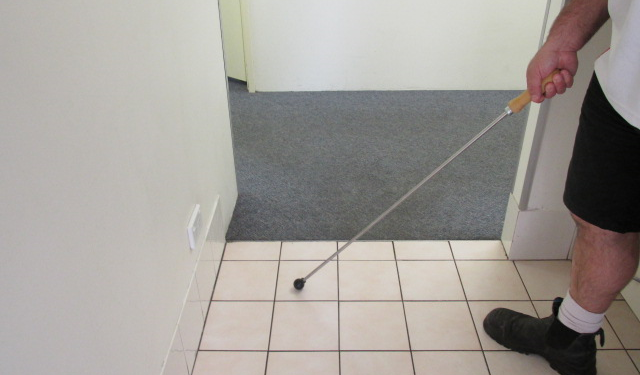 March 30, 2015 admin 0 comment
Share:
‘Drummy’ is a term used by building professionals to explain the hollow, drum-like sound emitted when a surface such as concrete, cement render, direct stick timber floors or tiles are struck by a sounding tool.
What causes drummy tiles?

There may be a number of reasons that tiles have become drummy or loose including:

Does the identification of drummy tiles indicate a structural problem within my home?

Of the above causes, only two of the above dot points would be considered a structural problem within your home, namely timber pest attack and excessive moisture exposure. All of the other points discussed are likely to be the result of poor workmanship. We are lucky enough in Perth to have predominantly double-masonry homes, and as such timber pest attack is less likely to be a result of drummy tiles.

If a moisture problem exists, your experienced building inspector should be able to make an experienced judgement when assessing the cause of the drummy tiles. All of our inspections are aided by the use of a moisture meter.

How do I fix the problem?

If the bulk of the tiled area has been affected then it is probably easier to remove and replace all of the tiles. If however only a small area of the tiling is affected, the tiles may be lifted, cleaned, and relayed. In both instances it is imperative that ALL of the old adhesive is removed and the surface correctly prepared prior to the laying / re-laying of the tiles.

Should you need to match tiles that have been damaged The Tile Library in Osborne Park are Perth’s largest stockist of obsolete and discontinued tiles. For matching purposes it is best to take a sample in where possible and consider the cost of the area that needs to be replaced in comparison to the area as a whole from a retailer (you may find it cheaper to sale your undamaged area to the tile library and replace the whole area with new as the ‘matching’ price can be quite expensive).

On some floors, where the tiles and adhesive are coming away relatively cleanly, the option of injecting a bonding liquid into the void is viable. Skilled operatives drill holes in grout joints and inject specialised liquids to re-bond the tiles. This usually provides a permanent solution to the problem, but is only available if the plane of the de-bonding is smooth so the bonding liquid can flow adequately.

Finally, there is a D.I.Y product on the market called ‘stick it’ by ‘shalex industries’ which has received favourable reviews. This is an injection method and is supplied with full project instructions.

First Home Owners – Use your super to buy your home
Next

Thermal imaging inspections – why are they important and what do they find?

Identifying Safety Hazards in Your Next Home November 19, 2018

How long do I have to organise my building inspection? September 26, 2018

Pros and Cons of Building with Project Builder vs Custom Builder August 24, 2018